I eventually came to embrace my diagnosis of bipolar with major depressive disorder. Yes, more than once in my past I’d experienced a hypomanic episode with feelings of grandiosity, decreased need for sleep, racing thoughts, sensitivity, distractibility, etc. as well as marked feelings of depression, which brought opposite feelings of worthlessness, emptiness, hypersomnia, thoughts of death and/or suicide.¹ There is even more to it than this: I sometimes found myself almost completely dysfunctional. 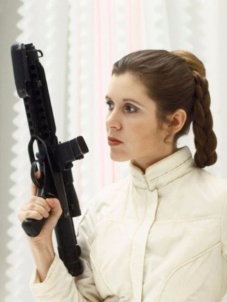 I say I finally embraced my diagnosis; however, this was not fun or easy. It did help some to know I was not alone, either in the group home or in the wider world. For example, “in 1997, (Carrie Fisher of Star Wars fame) suffered from a psychotic break…” and says of her experience, “At times … being bipolar can be an all-consuming challenge, requiring a lot of stamina and even more courage, so if you’re living with this illness and functioning at all, it’s something to be proud of.”²

Strangely enough, after I embraced my diagnosis, it seemed to change. I realize I’m not qualified to state this emphatically. Then again, who knows me better than me? And I can read the DSM-5, and I’m intelligent enough, in my humble opinion, to comprehend the diagnosis… So, with that said, I felt like I “moved” from bipolar disorder to dysthymia, or persistent depressive disorder, which was, again in my opinion, a better state of affairs largely because my depression was mild to moderate, not severe.³

Thankfully, I was allowed to decrease my medications and even stop taking two prescriptions altogether. As I’ve mentioned before, I had been taking 2000 mg of Depakote per day; this was lowered to 1500 mg, still quite high. I was also taking 600 mg of Seroquel per day, which was lowered to 400 mg. Finally, the psychiatrist lowered my intake of Prozac from 60 mg a day to 40 mg. So I was very pleased, because, after all, I don’t want to take more medicine that is absolutely necessary!

It was during this same period of time ~ perhaps six to eight months into my stay at the Samson Group Home ~ that I began really wrestling with my past. Horribly distasteful memories leapt to the fore of my mind, over and over again, and I felt deeply and strongly compelled to cry out (within my soul) to heaven, pleading, “Oh God! Please forgive me! I’m so, so sorry! Please forgive me!” And I couldn’t shake these awful memories. They flooded over me like tidal waves. 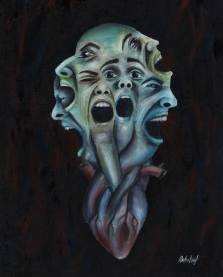 ad a really hard time believing I’d made so many foolish mistakes in life, that I had sinned so profusely, that I’d been so stupid so many times… And there was nothing I could do to undo my past. The load of guilt was crushing, but it was weight I had, throughout my life, placed upon myself. I could blame no one else; it was time for me to own up to my own gross shortcomings and follies … to embrace these just as I’d embraced my diagnosis.

I did. This did not make any of it go away, but it did mysteriously relieve some of the nearly unbearable pressure. I suppose in doing this “owning up,” I was consciously laying claim to part of my personal, soulish property, so to speak. I was looking upon my very Self in a clear mirror, seeing myself for who and what I was, coming to better grips with what kind of transformation had to take place and to what degree. None of this was easy, and it’s still anything but smooth sailing … but at least I am sailing, not drowning!

Thank God, the almighty, for forgiveness!

For previous installments in the ‘Crazy Life’ series, see…

Crazy Life: Hanging in the Balance