On Christianity, Other Religions, Excusing Trump, and Basic Goodness

The Lord Jesus Christ was very clear that personal character and integrity are vitally important, and that one’s character, for good or bad, will plainly show in how they live out their lives on a daily basis and especially in what “grows” out from their lives:

So there is simply no justification for any Christian to excuse evil and wickedness, even if the perpetrator of such wickedness is somehow, to some extent benefiting them. Sin is sin, and evil is evil, and Christians are responsible before God to recognize such, and to “call a spade a spade.” Period. To do otherwise is in itself an abomination to the Lord.

The holy Scriptures of Judeo-Christianity are abundantly clear in God’s indictment of those who call good evil and evil good, of those who wink at sin and try to justify wickedness. Consider just one of the many proverbs of wise Solomon: “One who justifies the wicked and one who condemns the righteous are both alike an abomination to the Lord.” (Proverbs 17.15) However, it is, perhaps, the warning of the Prophet Isaiah that strikes the deepest and most poignantly:

Ah, you who drag iniquity along with cords of falsehood, who drag sin along as with cart-ropes… Ah, you who call evil good and good evil, who put darkness for light and light for darkness, who put bitter for sweet and sweet for bitter! Ah, you who are wise in your own eyes, and shrewd in your own sight! Ah, you who are heroes in drinking wine and valiant at mixing drink, who acquit the guilty for a bribe, and deprive the innocent of their rights! Therefore, as the tongue of fire devours the stubble, and as dry grass sinks down in the flame, so their root will become rotten, and their blossom go up like dust; for they have rejected the instruction of the Lord of hosts, and have despised the word of the Holy One of Israel. (Isaiah 5.18, 20 – 24)

Of course, the Prophet Malachi was equally clear, if not quite as provocative, yet his particular warning is quite appropriate for professing Christians who continue to blindly support Donald Trump and defend his ongoing, multifarious acts of vile wickedness:

You have wearied the LORD with your words. Yet you say, ‘How have we wearied him?’ By saying, ‘All who do evil are good in the sight of the Lord, and he delights in them.’ (Malachi 2. 17)

And this is precisely where so many white, evangelical Protestants, as well as white, conservative Catholics, find themselves today. Not only do they continue to unabashedly support Trump and defend him, they actually go the extra mile in claiming Trump and his words and actions are “good in the sight of the Lord.” And there simply is no question regarding the eventual fate of such pretended-believers, pseudo-Christians: “Their root will become rotten, and their blossom go up like dust.”

Of course, Trump claims to be Christian, yet he seems not to be familiar with the several re warning in God’s holy Word about lying, deceit, treachery, self-aggrandizement and so much more. Such as the sharp warning given by David in the 52nd Psalm:

You are plotting destruction. Your tongue is like a sharp razor, you worker of treachery. You love evil more than good, and lying more than speaking the truth. You love all words that devour, O deceiver. But God will break you down for ever; he will snatch and tear you from your tent; he will uproot you from the land of the living. (Psalm 52. 2 – 5)

Perhaps, though, he is still to “young” a Christian, as some evangelical leaders have claimed in excusing all of his glaring faults and failings and shortcomings and misdeeds, but then … they bear the brunt of guilt for not having held Trump accountable, for not having provided guidance and direction for his growth and maturation in the Christian faith, for not having opposed clearly vile, nefarious words and actions of this President. And they have no excuse.

Furthermore, and along the same lines where Trump is concerned, “better is a poor but wise youth than an old but foolish king, who will no longer take advice, (Ecclesiastes 4. 13) and if anyone loves righteousness, her labors are virtues; for she teaches self-control and prudence, justice and courage; nothing in life is more profitable for mortals than these.” (Book of Wisdom 8. 7) And, no, Trump does not fit this bill, so that even if he is – somehow, beyond all reasonable comprehension, in some vague sense, Christian – he most certainly is not an effective leader, and can never be expected to be an effective and beneficial leader in his current state, his very nature being what it is in its quite deplorable, destructive condition.

And the major religions of the world recognize the same basic life principles requisite not only to being a good leader, but just to live a truly wholesome, healthy, happy life, to wit:

Under the sway of strong impulse, the man who is devoid of self-control willfully commits deeds that he knows to be fraught with future misery. But the man of discrimination, even though moved by desires, at once becomes conscious of the evil that is in them, and does not yield to their influence… (Srimad Bhagavatam 11.7 from Hinduism)

It is little harm if one loses money in gambling with dice, even losing everything, including oneself; but if one bears ill-will towards well-conducted ones it is greater harm indeed. Insulting men of real worth, bearing ill-will in thought and speech, leads to eons upon eons in the states of misery. (Sutta Nipata 658-60)

All of these basic life principles are really self-apparent … except to the one who is foolish or wicked or both, which is often the case. But let’s hear one more teaching that so perfectly applies to Donald Trump, this time from the sacred Scriptures of Islam:

There are three characteristics of a hypocrite: when he speaks, he lies; when he makes a promise, he acts treacherously; and when he is trusted, he betrays. (Hadith of Muslim) 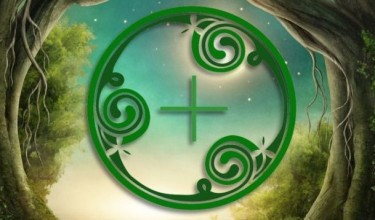 And with this much said, we will be content, especially since the point is well-made: There is no excusing the overt sin and wickedness of Donald Trump, no defending him with any sense of real moral integrity, no continual supporting of him by professed Christians apart from abject hypocrisy. And this last sin is especially egregious for those self-same “Christians,” who not only failed to extend “the grace card” even once to our previous President, Barack Obama, but actually attacked and vilified him more than any other President in the history of our country … even though he consistently proved himself to be of upstanding character and integrity, and not one scandal was attached to him during his entire eight years as President.

One final note: The result of ¾ of conservative, white, evangelical Protestants (and their white, conservative counterparts in the American Catholic Church) will sooner than later be the speedy decline and near-death of evangelical Christianity in the United States, and very possibly everywhere else in the world. And tragically, they will only realize this when it is far, far too late to do anything about it … except to lie down in their own self-dug graves.